
Who We Are
What We Do
Our Work
Contact

Partner Story: Insightec

Seeing a problem can elicit feelings of sympathy. But you truly need to experience to feel empathy. Neurologists are aware of the hardships their patients with Essential Tremor (ET) face. But to get them to empathize we needed to simulate the sensory experience of living with ET.

The request was to create a tradeshow installation that would drive engagement and signups from referring Neurologists for Insightec’s Incisionless Brain Surgery. We knew this meant the experience needed to be understood quickly, engaging and easy-to-use. We conceived the idea of having physicians better appreciate the symptoms of their patients through an interactive touchscreen experience.

Across three activities we placed the audience in the shoes of a patient with ET. By having them tap the finger of a physician, which is a common test for ET symptom severity. Instead of having the hand shake, we created a “shaking” target for them to tap.
‍
Tying ones shoelaces becomes a near impossible task with shaking hands, so we had the audience trace along the lines of a moving shoelace to mimic the difficulty.
‍
The sense of self that is lost with ET is most often felt by losing the ability to sign your name. To simulate this we had the audience sign their name on an interactive touchscreen, then displayed back their signature affected with ET.
‍
The interactive experience extended beyond the tradeshow floor, with an interactive microsite that expands the audience. 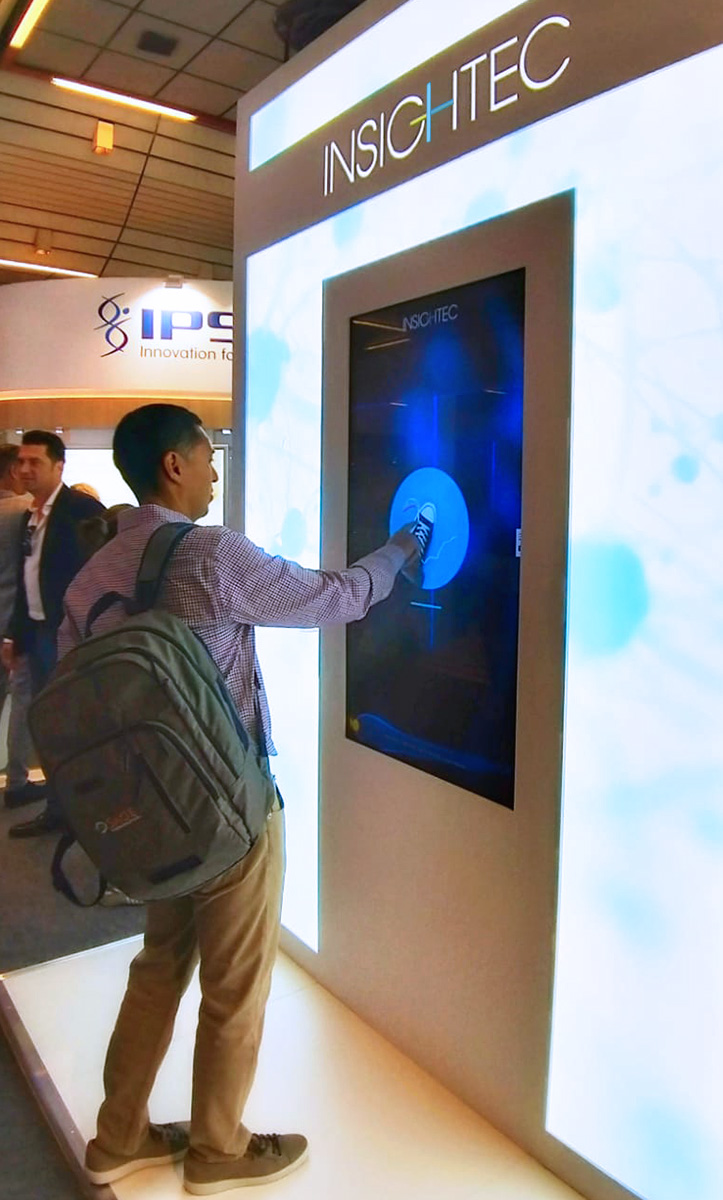 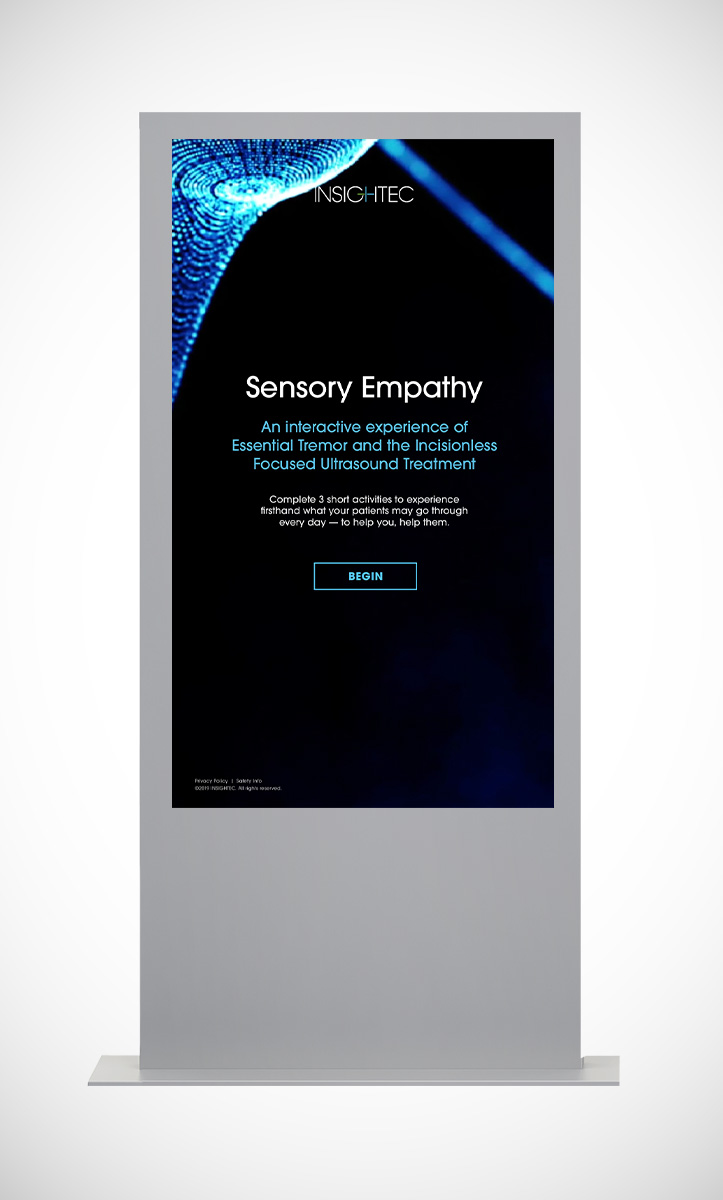 “Recreation has been my go-to partner for years. Whether my budget is bootstrapped start-up or multi-national, the experience and quality is second to none. I trust and count on them as an extension of my internal team.

Creative and Strategy are where they wow you, however, it’s the personal touch and execution that has kept me coming back.”
JJ Desai
Insightec, J&J, Avinger
More Partner Stories
Previous Story:

Inspired by Nature
Next Story:

A More Enlightened Way To Travel